Time Trial is a versus game: one player is taking the role of a little hero who sees the ground at his height whereas the other player is a God, observing the world from the top. The goal of the hero is to get to the end of the level as fast as possible, while the God must hold him as long as he can. 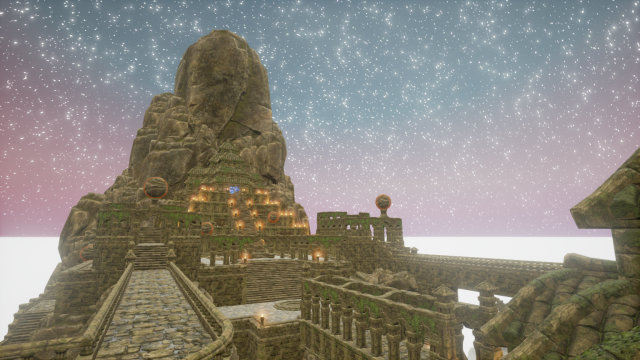 The main feature of the game is that each player must at the start of a round bet on the time it will last. The more the bet is made a success, but also the more it is difficult to validate, the more the player will get points and is able to win the game.

Time Trial is a game prototype which was made for the 2017 Ubisoft Game Lab Competition, organized by Ubisoft studios of Québec and Montreal. The rules of the competition asked to create a game prototype respecting some strict specifications in 10 weeks with an 8 people team.

At the term of the competition Time Trial was nominated for the prizes “Technical challenge” and “Jury’s prize” among the 9 available prizes.

I personally worked on the project as Game Designer and Level Designer.

Back to my games…